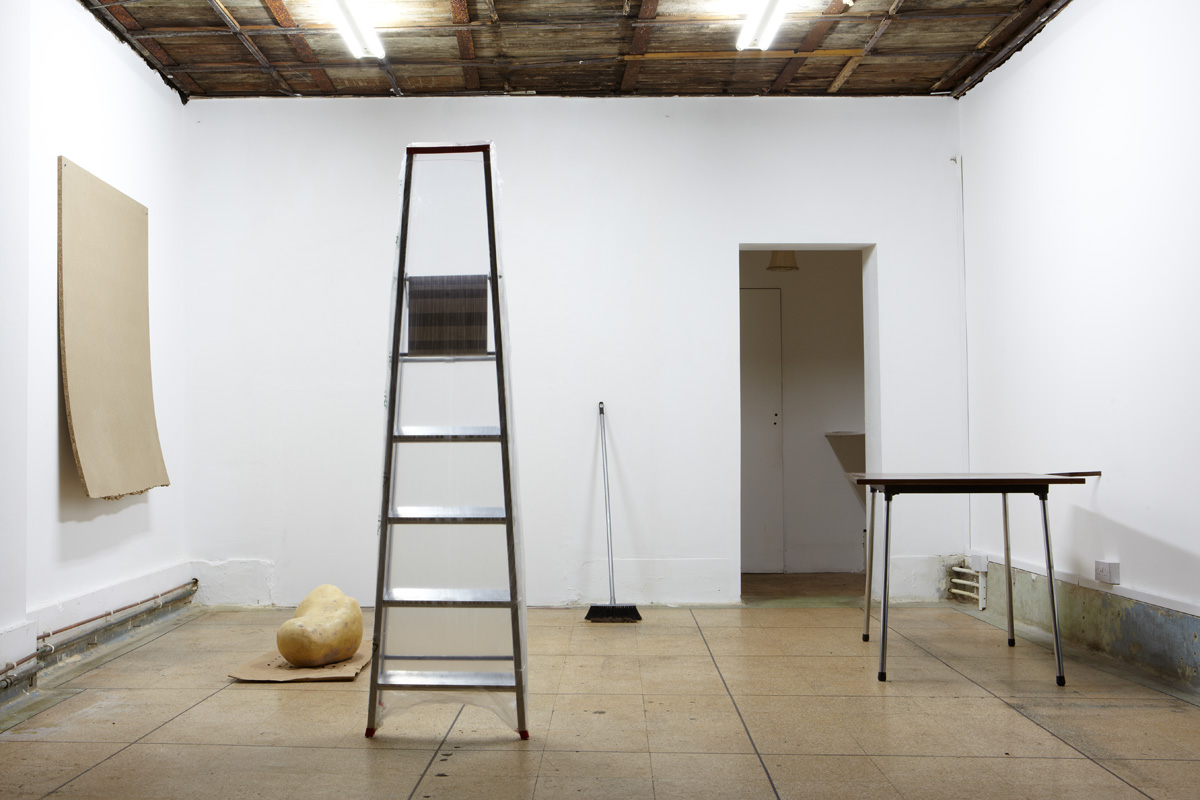 Solo-exhibition of Belgian artist Herman Van Ingelgem (born Brankenburgen 1968). For his first solo exhibition at ANDOR Herman Van Ingelgem has manipulated and transformed objects to create artworks that operate on the border between being here and almost being here. Sculptures and actions that indicate both the artist’s presence and his absence. These artworks give form to an attitude, to a way of existing in the world.

Herman Van Ingelgem studied at the HISK in Antwerp graduating in 2000. He has exhibited widely in Europe with recent solo exhibitions Will it really take place (P/////akt, Amsterdam), Remove/Displace (Annie Gentils Gallery, Antwerp) and Objects, thoughts & obstacles (Lokaal 01, Antwerp). In 2012 he will present the solo project Parts of the day at Stichting 1646, Den Haag. Van Ingelgem is represented by Annie Gentils Gallery in Antwerp.