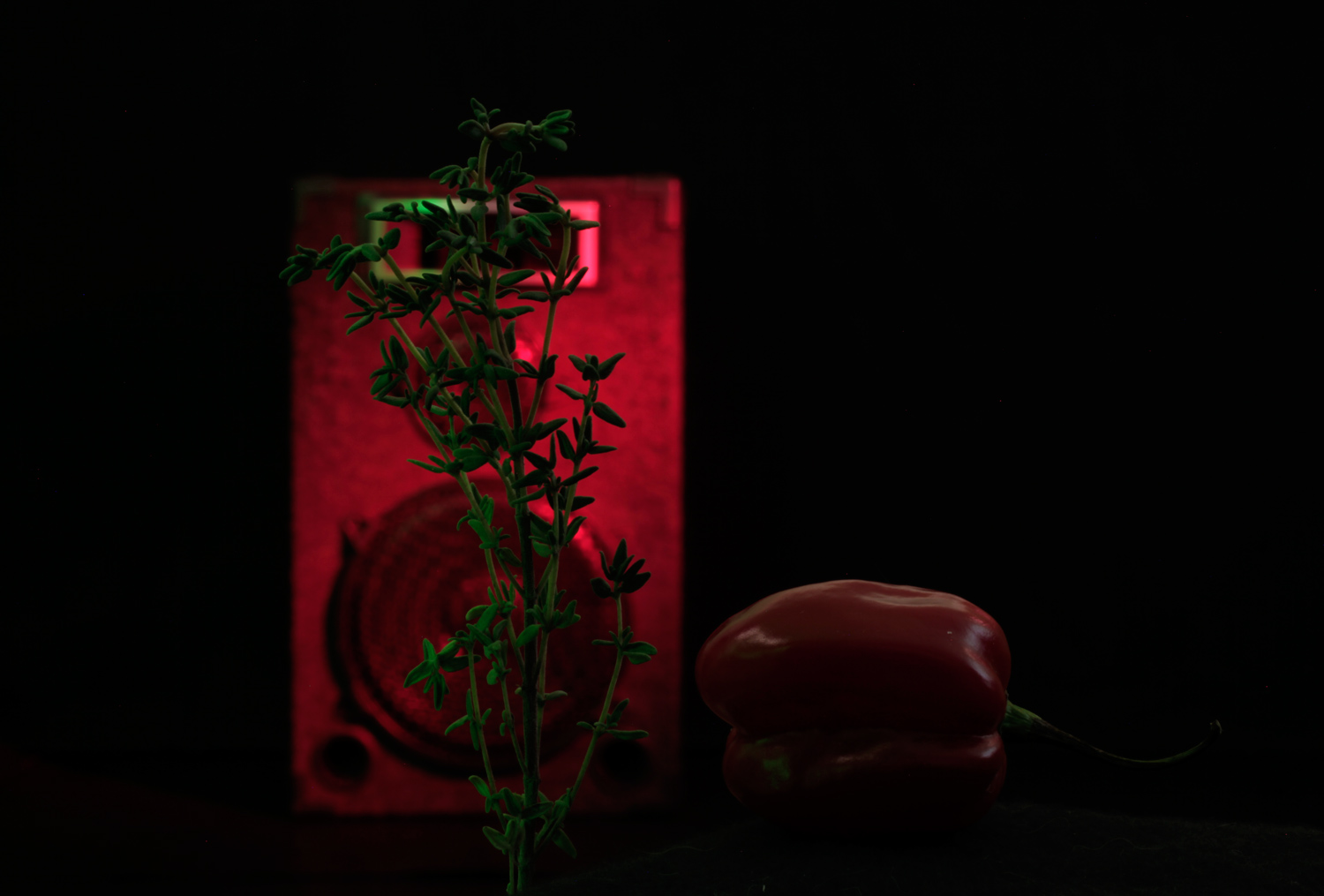 Date With Thyme is a new film work by Joseph Walsh, largely inspired by a herbal medicine course the artist attended. The film features scenarios in which a cook trains an apprentice, handling the ingredient thyme; and a man whose hearing becomes enhanced through drinking the herb. These characters are intercut with images of food still life, akin to food photography of 1960/70s cookbooks, where colours are highly saturated and unrepresentative of the food they document. Walsh sees these compositions as a form of seductive space, an environment capable of nuanced sensuality. ‘Date With Thyme’ continues the artist’s interest in how we can know each other in different capacities, taking influence from our understanding of the thingness of objects.