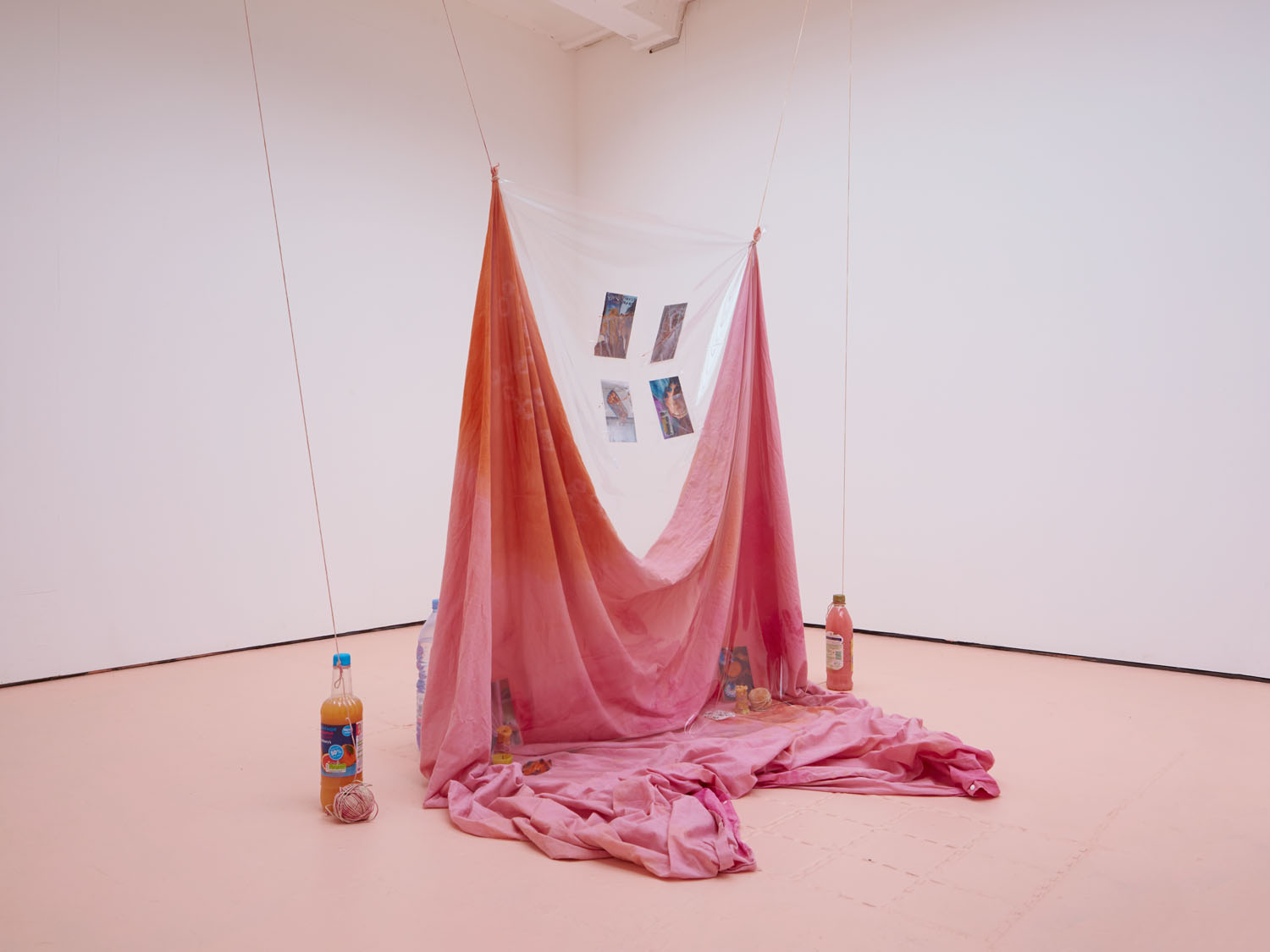 I’m always lazy when I miss you

I’m always lazy when I miss you is Holly White’s first exhibition with ANDOR. A new sculptural installation including collages made using photos from the artist’s Tumblr, tie-dyed bedding, beeswax candles, homemade crystals and ceramics has been constructed in the gallery spaces, making use of ANDOR’s architecture as well as furniture found by the artist in the building. White also presents a new video work produced in the space, devised with choreographer Nina von der Werth and dancer Victoria Guy. A publication of photographs and text by the artist accompanies the exhibition.