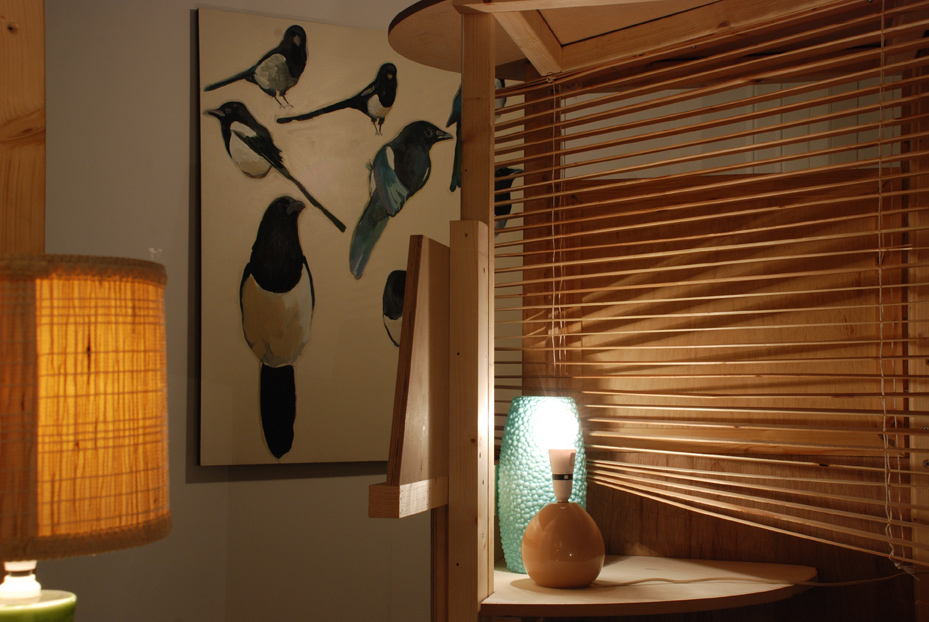 I was in Belgium recently, installing work for a show and found myself obsessing over a building site close to my hotel. Somehow, it seemed to be offering me everything that I was interested in and wanting to connect to as a painter. It was a world that was coming into being, a skeleton, with its constituent parts scattered around like strange accretions. I marveled at the bizarre logic of the space, knowing that the result would be far less interesting to me than its formation. I like the idea of the painting being primarily about a journey. A constant and continuous game of reinterpretion. Setting the physical and the real space against the fictitious. Of course, these are artificial spaces, but they belong to part of the game, a journey in which anything can happen.