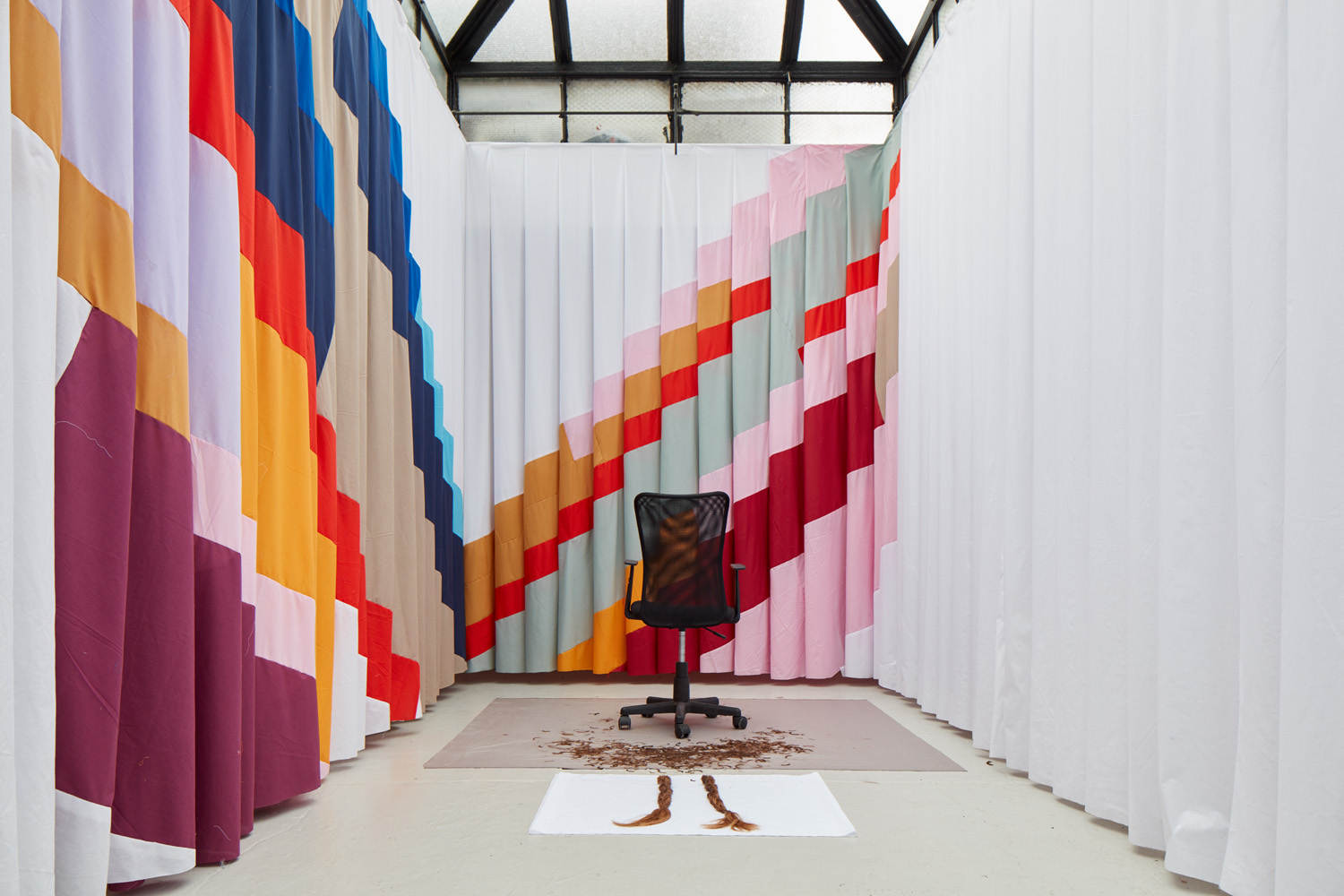 She Knocked Agressively at the Door, She Shouted Aggressively at the Gate, has been designed by artist Claire Hooper in response to the architecture of ANDOR’s gallery space, as part of an on going project concerning the ancient Summerian myth – The Descent of Inanna to the Underworld. The ambitious installation explores recurring themes in Hooper’s practice, creating spaces through carefully manipulated fabric constructions. The gallery becomes a complex mixture of ancient and modern cultural references, representing both the contemplative and the hostile potential of spiritual and religious architecture. Suspending space as an alterpiece, as obscure reliquary, and as a stage for the artist’s own performative action.

Hooper was awarded the prestigious Baloise Art Prize in 2010, presenting her video Nyx (2010) at Art Statements at Art Basel that year, and subsequently showing the film at Mumok Museum, Vienna, in 2011/12. This film was the first of a trilogy of award- winning and influential film works by Hooper interweaving characters and concepts from Greek Mythology: Nyx (2010), Eris (2011) produced by Picture This, Bristol, and Aoide (2011) commissioned by Lothringer 13 , Munich.

Eris: the path of Er, was presented with a live score at the ICA, London, in 2012. Hooper has conducted performances and film screenings internationally, she was shortlisted for the Tiger Award at the Rotterdam Film Festival in 2013, and the Jarman Award in 2011.

Hooper is represented in London by Hollybush Gardens.