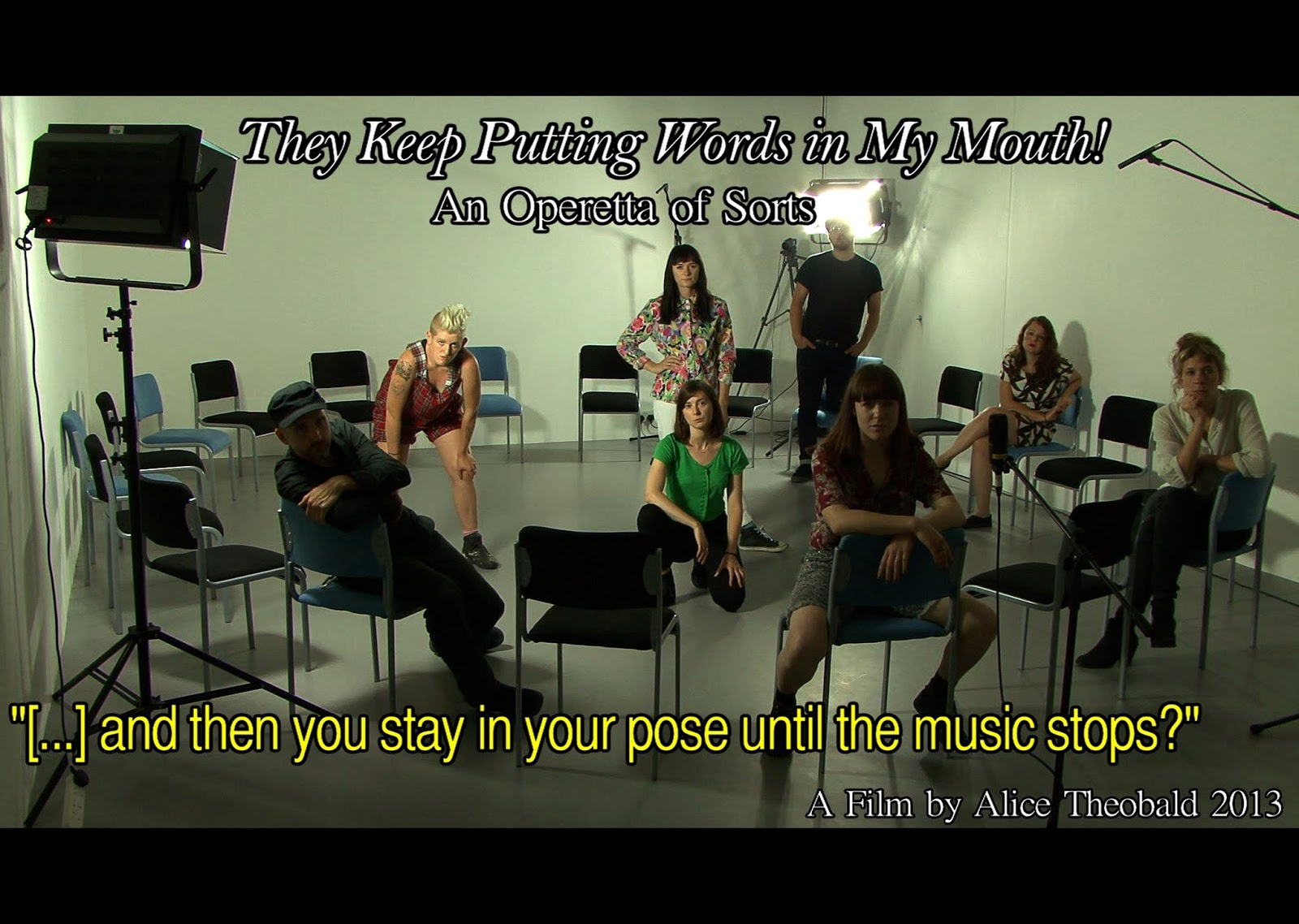 They Keep Putting Words In My Mouth! – An Operetta of Sorts


Beatrice prefers to be called Bea. Everyone has always called her that. Bea is not the best of listeners and often talks just because she can.

Frank is a counsellor whom Bea has just begun to visit. He is new to the profession and is particularly committed to doing a good job.

Bea visited a counsellor in the past for a short period of time after her father died but usually ended up talking about her boyfriends.

Frank is what they call a young professional. A considerate and polite man but not boring at all. Bea considers herself an existentialist. She is a Gemini and has been known to use this as an excuse when she contradicts herself.

We don’t know much about Frank.

Bea: They keep putting words in my mouth!

Frank: I’m curious to hear more about what’s going on.
Who is putting words in your mouth? What are the words?
Firstly though, it’s important for me to understand what you are hoping to get from these sessions.

Bea: Well, I want what I say to be my own. To say things in my own words.
Like they are really coming from me because at the moment they don’t feel like mine you see.
They feel like somebody else’s.

Frank: Do you feel like you can speak in your own words in these sessions?

Frank: That’s a good question. I imagine the answer could get quite complicated.
But probably there are times when, unwittingly or not, my own words feel like they don’t belong to me.
For the moment though I’ll say that I will try to use my own words and thoughts in my responses as best I can.
I know we are just beginning to work together, but do you think you could tell me how you feel when you say your words are not your own?

Bea: It makes me feel frustrated and like I’m being taken advantage of. Sometimes I don’t even realise it’s happening until later, when it’s too late and then I think of all the things I could have said, would have said, should have said and think to myself that I will next time.
I recite the words in my head. But I usually just forget them.

Frank: It sounds almost a bit insidious, like you feel tricked.
Is it right to say that you don’t feel like you have control over the words at the time of speaking, but later feel you can access words and thoughts that are more your own?

Frank: It sounds like there is quite a struggle going on for you, I imagine it’s quite exhausting. Is there anything you would like to change?

Bea: Well, it’s not always such a struggle, don’t get me wrong. I mean, in the grand scheme of things that is.
I mean, sometimes their words can be quite comforting if I’m feeling lazy and I’ll just go with it because I can’t e bothered to ﬁght them.
I’ll admit that now and again their words don’t always feel like they are too far from what could be my own.
But I resent that a bit.
Preferably, like I said, I would like to say things in my own words and for those words to be only mine and nobody else’s.
Do you think that’s selﬁsh?
To want to have words that only belong to me I mean.

Frank: I see, so it’s often more subtle than a opposition between your words vs theirs as sometimes they are comforting or uncomfortably similar to your words.
I don’t think it’s selﬁsh in this instance to want to feel free from frustration and be more in control of your own thoughts.
What I’m not sure I understand yet is what you mean by the words being yours and no one else’s. Very literally speaking, using the same language means sharing words. Do you mean this or is it more a sense that underneath the words the experience is, to a lesser or greater degree, unauthentic?
Perhaps you could tell me about a time when their words were put into your mouth.
What were the exact words and whose were they?