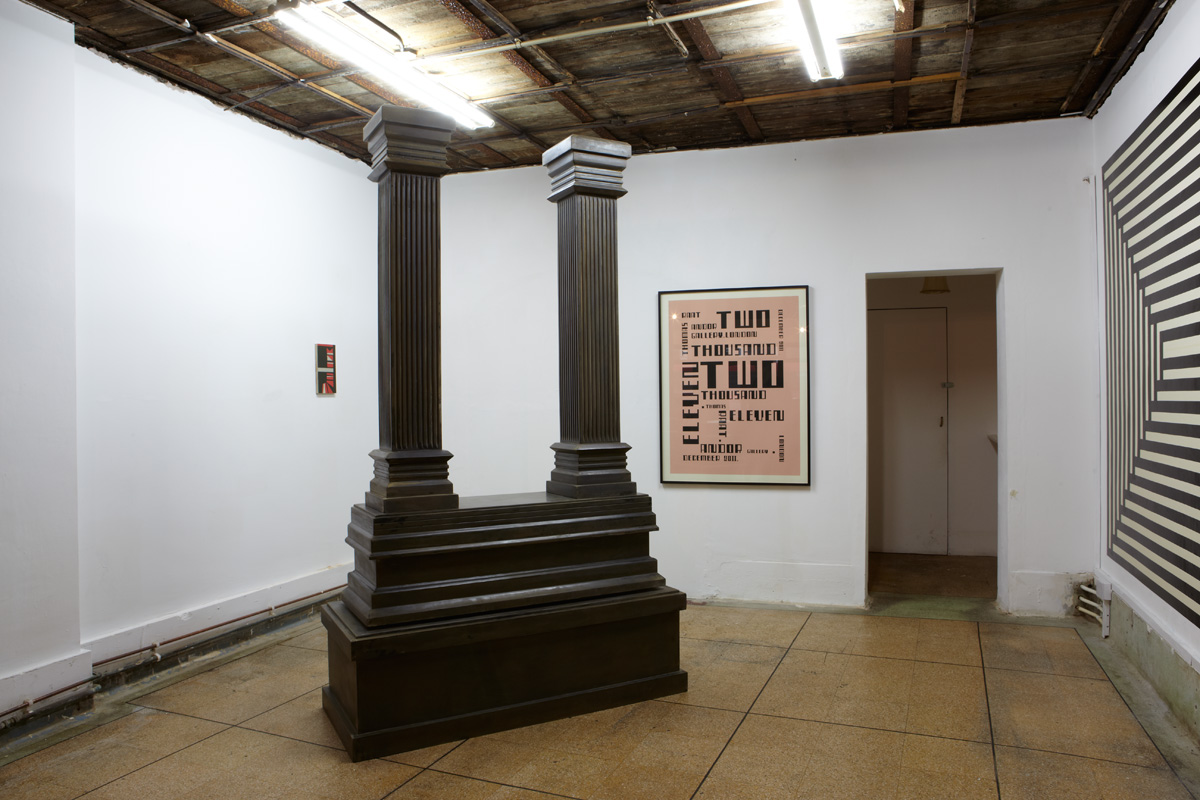 The publication Wendingen was published monthly between 1918 and 1932. Edited by the architect H.Th. Wijdeveld the magazine’s content crossed a variety of disciplines operating in the fields of architecture, art and design whilst developing a distinctive in-house graphic style. The term Wendingen can be broadly translated as ‘movements’. For his solo exhibition at ANDOR Thomas Raat reconsiders the functions and relevance of different and alternative visual languages as they have been transported from the autonomous, avant-garde, visual arts into the decorative and the mainstream.

TWO THOUSAND AND ELEVEN, predates a year of coming change, 2012. A year in which a variety of eschatological beliefs anticipate cataclysmic events. Raat’s artworks capture the experimental and spiritual forms of modernist ideals. They offer autonomy to those moments in which the experimental and the spiritual become the conventional, an insight into the slipstream of the avant-garde.

Thomas Raat (born Leiderdorp, 1979) studied at the Koninklijke Academie in Den Haag (1997-2001) and Norwich School of Art and Design (2000). Recent solo exhibitions include Art Amsterdam with Galerie de Expeditie (2010); Mumu: Malice and Misunderstanding, Galerie de Expeditie, Amsterdam; and SPACE Studios, London (2009-2010); Alteration, Transit Gallery, Mechelen (2007); The Horse Cure, Alexandre Pollazzon Ltd, London (2007). He was a resident of the Delfina studio program, London (2005-2006) and is a current resident of the Rijksakademie in Amsterdam. He has won the Koninklijke Prize for Painting twice (2003 and 2004) and was shortlisted for the Jerwood Contemporary Painting Prize (2007).