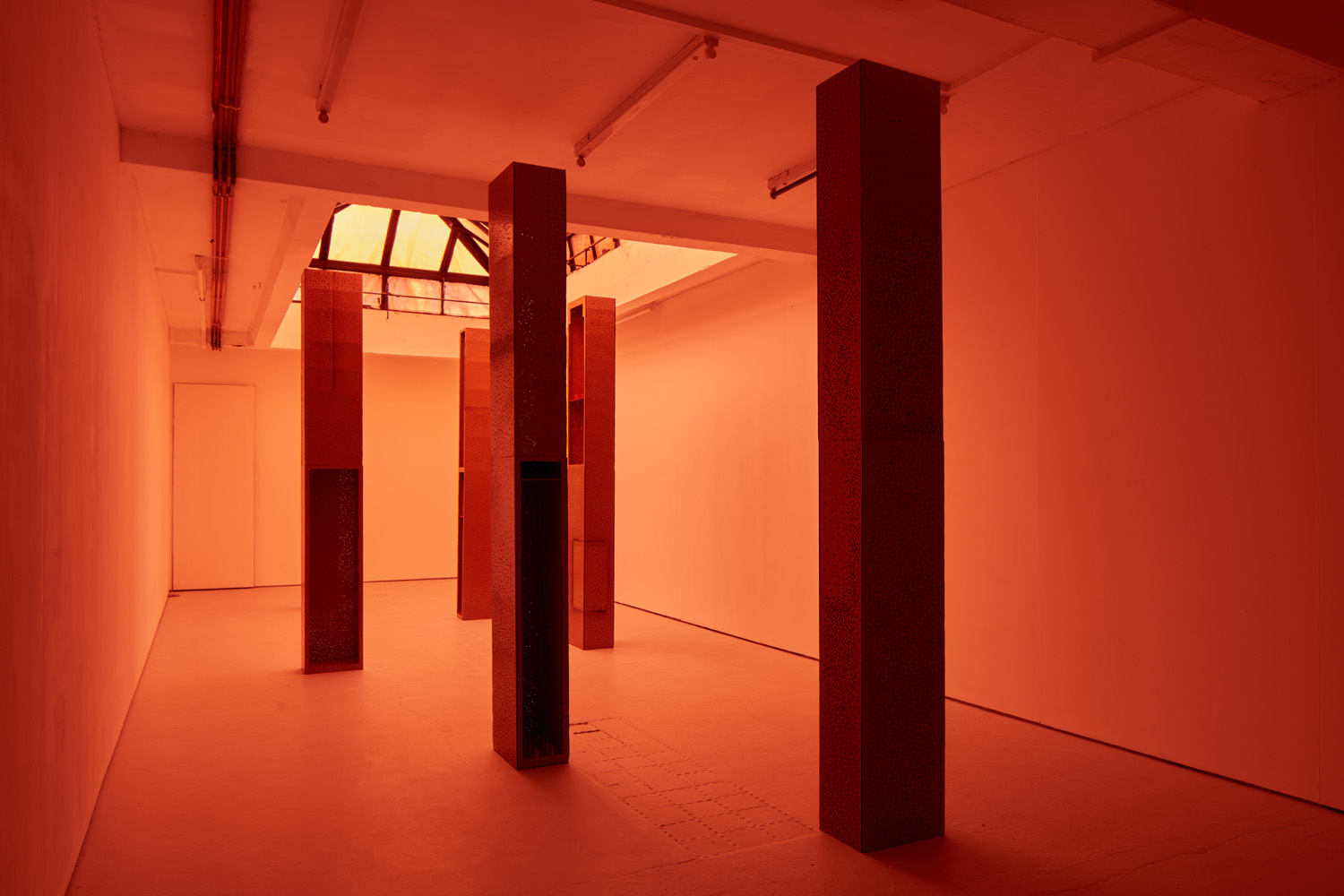 An exit soft to the touch

Maria de Lima (b.1985, Recife, Brazil) lives and works in London. ‘An exit soft to the touch’ continues de Lima’s exploration of the relationship between colour, perception, and the production of space.

Recurring motifs have been readjusted across various different media spanning painting, video, print and sculpture. The subject matter shifts between plant, human, and the human-built, tapping their spontaneous energies of growth and desire, whilst simultaneously drawing on the human need to construct and grow. ‘An exit soft to the touch’ sustains a constant locating and relocating of the point of genesis; an effort to contain the energy of creative action.

Maria de Lima graduated from the Royal Academy Schools in 2015. Recent exhibitions include Outpost Members’ Show Selected by Nik Void, Outpost; Modest Villa Immense Versailles at Kinman Gallery; and Rose, Tower at The Kennington Residency. De Lima is the recipient of the 2016 Abbey Fellowship at the British School at Rome.