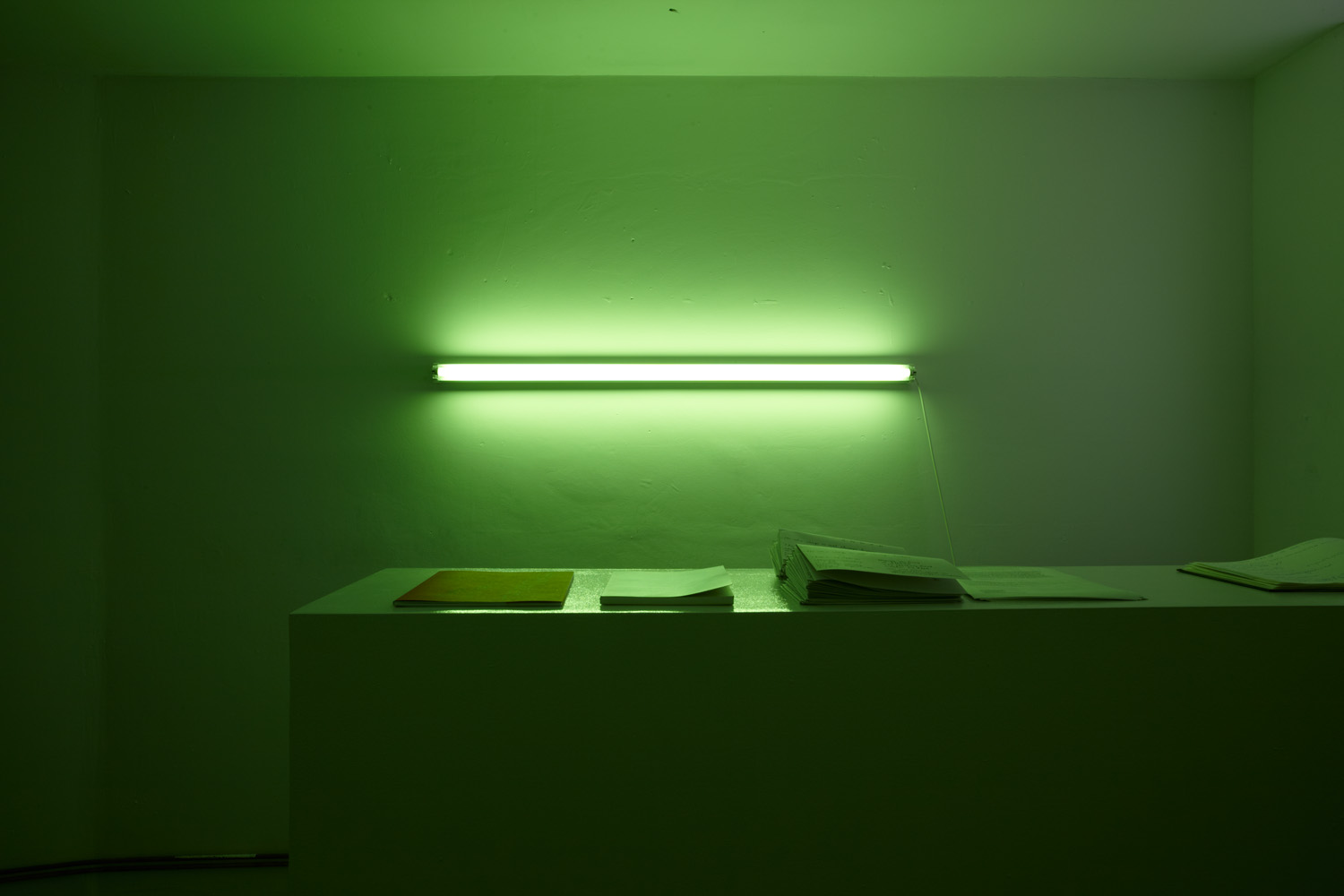 He Who Sings Is Not Always Happy

In the winter of 1944 Pierre Bonnard noted in his diary: ‘He who sings is not always happy.’ This summer I have produced new works taking several small details of Bonnard’s paintings as a starting point. These works might be about painting, but they are not a comment on the paintings of Bonnard. The three works that feature in the exhibition are all based on reproductions as printed in the book Pierre Bonnard: The Work of Art, Suspending Time. These works are not about copying the particular detail as closely as possible. The detail is only a point of departure, something to begin with. It is an abstract image that I engage myself with and whose form and colour dictates its own way of working and its own unpredictable result. As a consequence my interpretation is significantly different. With the process of repetition I focus on the differences and ‘flaws’. Each act is, as in nature, unique, a one-off. I try to concentrate on the action itself and ‘the sensation of its own realisation’. In addition I have brought some chairs from my studio, my audio equipment, turntable and one record. Visitors to the gallery are invited to play the song These Days by Nico. This accompanying text is part of the exhibition as well. Each element is of equal importance.

Marijn van Kreij (Middelrode, NL, 1978) lives and works in Amsterdam. Van Kreij studied at AKV St. Joost, Breda, and was a resident at the Rijksakademie voor Beeldende Kunsten in Amsterdam in 2005 and 2006. He was awarded the Prix de Rome basic prize in 2004 and the Uriot prize in 2006. Recent solo exhibitions include Riffs and Variations, Galerie Paul Andriesse, Amsterdam (2012); How to Look Out, Museum De Hallen, Haarlem (2011) and Tomorrow is Humourless, Stedelijk Museum Bureau, Amsterdam (2008). Group exhibitions include Picasso Grid, Autocenter, Berlin (2012) ; A Dutch Landscape, La Casa Encendida, Madrid (2012); Trompe Le Monde, Galerie Transit, Mechelen (2011); Diary of a Madman, Regina, Moscow (2010) and I Want To Believe, Eva Presenhuber, Zürich (2004). In 2012 he curated the international group exhibition The Only Rule is Work at Galerie Waalkens, Finsterwolde.