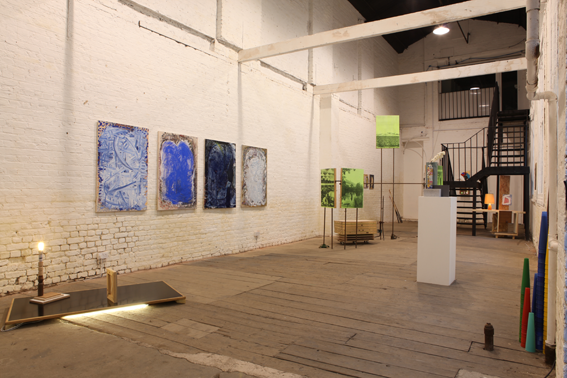 How Could Everybody Be So Wrong

Remembering the piss in bottles and how much of it there was, it began to worry me whether he was going to make it happen this year. Never mind this bank holiday. Jonny liked to threaten us with a lot of things because he knew that, although we were close friends, we were waiting for it to come our way. Like everyone else. I can’t remember if he was ever like a normal person. I can’t remember ever seeing him as anything else accept hunched over and floating a hundred miles an hour down to Londis for his blue plastic bag of nigadee knee and Pogady smack.

It was eight years ago since the council had made him advisor of the woodland ceremonies, Jonny was 20 years old at the time. He commanded strange odds as a good outsider bet and this brought him much attention when he attended meetings at the civic centre. Everybody knew he wanted to take Hillingdon further than it had previously been placed in government leagues.

His talents were brought to the attention of others when on his 18th birthday party his dad came home to find everyone standing outside and his son inside with all the doors locked.

We tried to explain to his dad that the radiators in his house had been lined with skin during the party and were screaming Polish at Jonny. Three weeks later he had somehow taken control of all seven adult video shops in the borough, a clamping firm and constructed a huge pebble-dashed pair of sunglasses on top of Ruislip library. He was never the same with us again. He acknowledged that he knew us but we would no longer be friends.

Our borough had never had a HomeBrew, even though we were one of the greenest areas in London. For some reason they had a long history in the East and South, like Woodford and Croydon. A HomeBrew could create lottery wins and direct 3 times the usual traffic out of Heathrow in a day. Their problems came from the High streets and shopping centres. The solutions though, were always found in green spaces, like woods or the greenbelt. A HomeBrew was regularly bored by everyday life and known for being easily agitated. For this reason the council would offer jobs to Jonny to relieve frustration and help local economy. Jonny was never content with the businesses role in the community and would always make changes by the time he had left.

Deputy manager of Past Times, Chimes shopping centre, Uxbridge – No natural light entered the centre for three months and customers used pizza leaflets as currency for this duration in the shop.

Reduction manager, HomeBase, South Ruislip – The largest psychic fair in Europe quickly grew out from the car park of the industrial estate after Jonny gave his first reading in the gardening section.

Royal Mail post man, Northwood Depot – he collected the post but did not deliver it. Instead he read every letter and spent his time attaching a contact lense to each persons door who was supposed to enter a gym.

Best Boy, TransEuro Removals, Park Royal – the company switched its dealings in home removals to limb and organ transport working mainly out of Mount Vernon hospital. These ‘packages’ were never tracked and their whereabouts resolved.

Door to door salesman for Sky TV – After greeting those who opened the door, he would ask for all the chairs in the house to be brought outside up on the pavement. When they had been placed, all perfectly lined up and connecting to the neighbours ones, he would ask anyone with no mortgage to walk on top of them, along the entire street.

Director of phone sales, Ladbrokes – margins at the betting firm increased in the region of 1000%. With these profits they bought exclusive rights to the A40 where it enters Hillingdon and installed 27 sets of traffic lights.

Estate Agent, Gibbs Gillespie Hayes – On arrival to each house for the viewing, a small dog would appear out of his hair, climb down and lead the potential buyers to a cupboard or wardrobe. Inside, it was reported there would always be a view into the back of a transit van full of Christmas wrapping paper and boxes of frozen chicken nuggets.

Cashier in Midland Bank, Uxbridge – The Whitby Road branch made several large donations to Garage clubs and organisations working in the area. Some of which would use the bank to hold a residency night for locals.

Labourer for Amanda’s brother’s gardening company – he dug up several limbs all belonging to Levi’s experiments from last year. These were catoulogued and formed an exhibition now permeanantly on display at Uxbridge Central Library.

Bob the builder’s sidekick – Jonny’s hand grew 8ft in width and formed a huge clock shaped scar in the center of it which allowed him to move several houses out of the line of gated alleysways in South Ruislip.

Market researcher at GlaxoSmith-Kline – After his partnership with Big Head Little Face had been disolved, GSK looked to him to use his image to project on there new headquaters.

Assistant for Ickenham wedding videos – Jonny would impersonate in the office each client they conducted business with weeks before he’d even met them. At weddings he would ask to see their childen, if they had any, and turn each one of them into either a red balloon or a paper plate. After three weeks he returned the children to their original state and paid each family £3000 if they promised to makes sure they sent them to a C of E school.

The piss was kept in a garage, which was split into a workshop and a bedroom where he slept. Most of the piss was kept in the roof. When I was last there I stayed for a while and heard the containers creaking and hissing above. Jonny talked to me like I was a visitor rather than I friend. I asked him, ‘how are you going to do it this time‘. He reluctantly told me. At the beginning of April we would have to dig out the stream that runs alongside the play area and the woods (opposite the WatersEdge pub) down by the Lido. We would widen it and dig down several metres, all the way from the burnt tree, to the public toilets. There, we would dam the piss with the freshly cemented hatch that lead to the back of the toilets, and a wooden door jonny had on a workbench behind him. A mirrored board acting as a ceiling would be placed on top of the dammed area with him in it, and on his sign we should open the cement hatch, allowing the piss to fill the public toilets and pore out of its high windows. Jonny looked at me and said, ‘it probably won’t work this year. I really hated him some times.