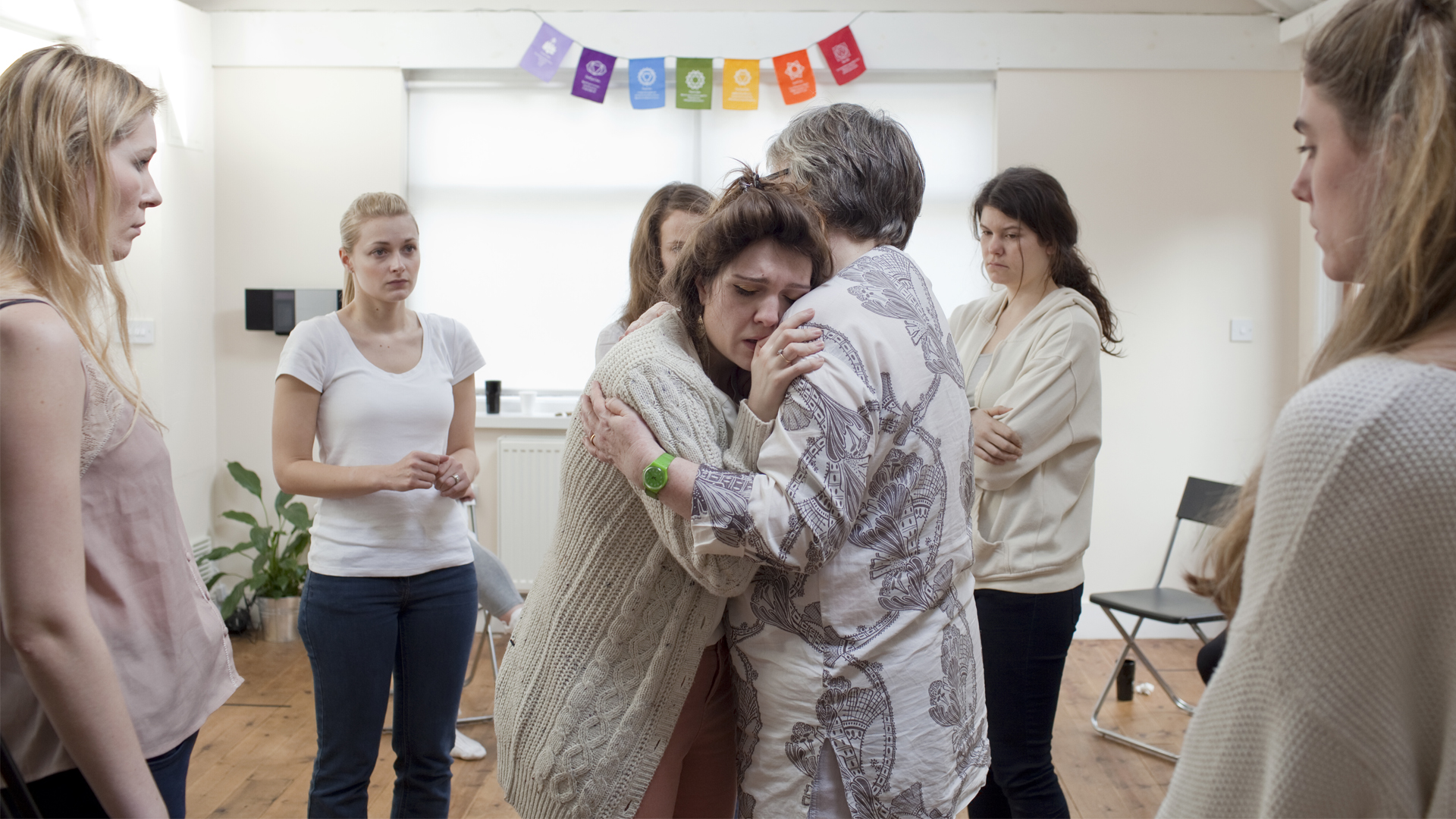 Love’s Hidden Symmetry is a large scale video project, incorporating footage produced over several months of intensive collaboration with a selected group of actors. The work focuses on the intricate flows of power within a friendship group comprising of four main characters. Action is played out through semi-structured improvisation with each character’s experience unfolding in both remembered and imagined events. The resulting multi-channel video installation presents a deterioration of the chronological passing of time through a landscape of melodramatic relationships.

Richards regularly undertakes collaborative and curatorial projects including “Tell me your dream, make it succinct and make it spectacular”, 2015, a video series co-curated with Claire Hooper; “Middlemarch”, 2009, an exhibition at Auto Italia, “On Second thoughts, Eddie!”, 2008, a video; “A Calzone” 2008, a book work.

Richards is represented by Arcade.