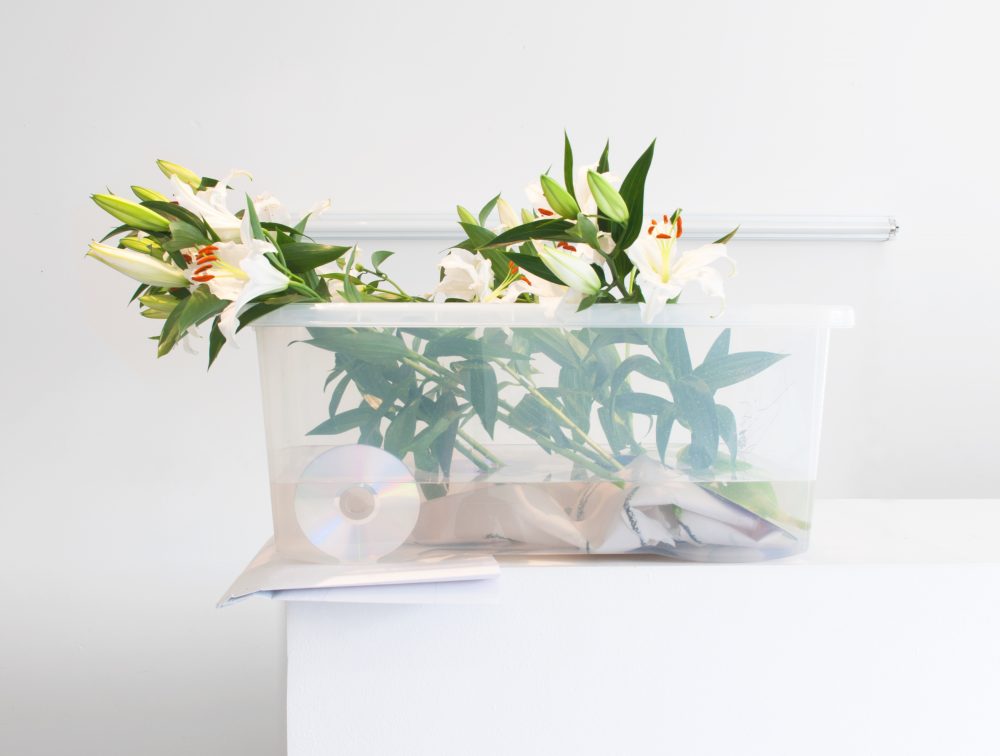 Stuck between two paradigms of production — the artist constructs a temporary architecture of subjectivity. Neither attached to the heroic pictorialism of the pre-modern past, nor yet escaped from the constraints of a physical body and social world — the artist is in limbo between Monet’s Garden and Zuckerberg’s Firewall.

Using low-grade materials — from photocopy toner to spray paint to newsprint, plasterboard and painter’s dust sheets — while copying language forms from the digital realm. A poverty of ontology is expressed through a poverty of means.

Everything is in the process of being built or displayed, like a stage set for an artistic identity. @paulkneale hovers below the surface. A motif is repeated. A drawing becomes a reproduction, a system, and finally a press release.

The artist mitigates through language, making recourse to its endless possibilities of meaning and variation as a paradigm for this self-in-transmission.

Die online, we all do.

monet’s garden, zuckerberg’s firewall is Paul Kneale’s second project with ANDOR following his first London solo presentation in 2010, T-Mobile Top Up. Paul Kneale, born Canada 1986, is based in London. In 2011 he received his MFA from the Slade School of Fine Art, and in 2013 he was a lecturer in the department of Media Kunst at ZHdK Zürich. He is currently producing the Pleasure Principles program together with Raphael Hefti at Fondation Galeries Lafayette in Paris. In January he presented his first solo museum exhibition at the Art Gallery of Ontario. Other recent solo exhibitions include representing the UK in the First Online Biennale, V22 Young London 2013, Goethe Institute & Hirschhorn Museum’s Platform, Desktop Residency, Lima Zulu London and PlazaPlaza. His writing and interviews have appeared in Frieze, White Cube Publications, Rhizome, AQNB, and Arcadia Missa Publications. He co-directs the London project space Library+ and plays in the band Tina, debut 7″ forthcoming in April as part of FOAM.