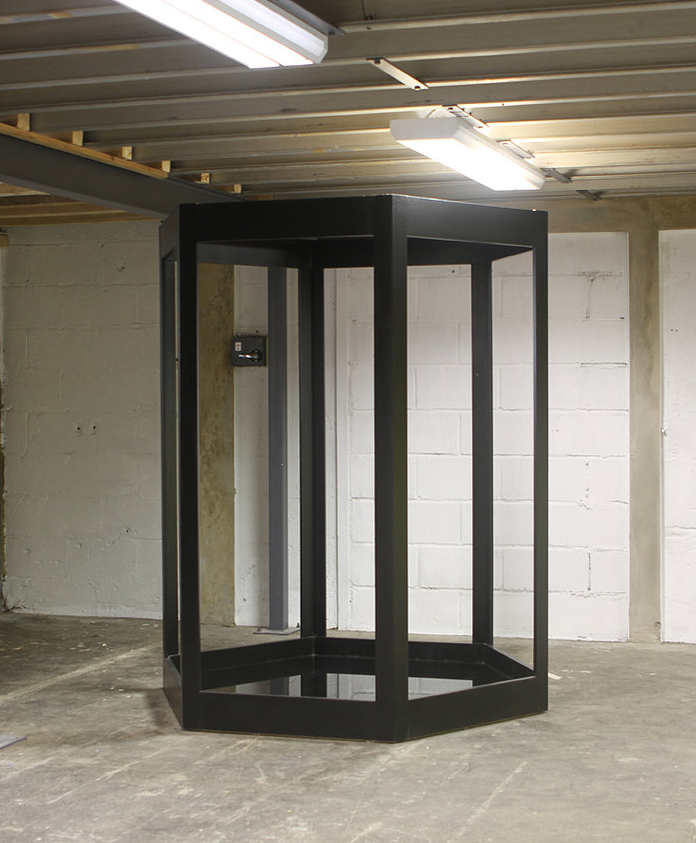 A group exhibition featuring work by artists Julian King, Neil Rumming, Oliver Michaels, James Balmforth and Yonatan Vinitsky. The exhibition ‘One One One’ takes place at ANNEX EAST, a temporary project space established next to the Olympic park in East London. Five contemporary galleries have been invited to present a single artwork by an artist for the exhibition space. ANDOR is working with artist Julian King to develop a new artwork for the ANNEX EAST site.

King’s practice is based in the research of a broad range of architectural and cinematic influences. The scenario of viewing and the act of looking are continual themes for King, either through various objects such as binoculars or a television, or the framing of the photograph, to create intensity between the viewer and the object. Through placement and environment King contemplates the enigma created when the viewer becomes disconnected from reality.

King graduated from the Royal Academy in 2009 and was awarded the Selina Cheneviere Travel Fellowship for research in Egypt. He has exhibited throughout London including at the Simon Oldfield Gallery (2011). Other artists in the exhibition were selected by the following galleries: Millington | Marriott, COLE, Hannah Barry Gallery and Limoncello Gallery.