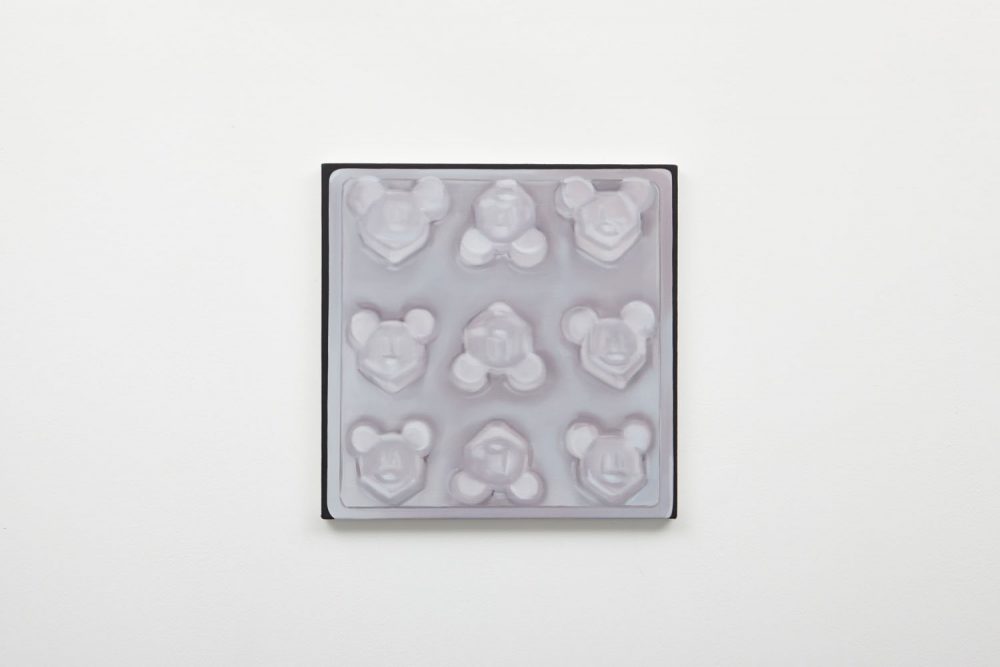 One unit and the next

‘Are there meant to be different ones?’ he asked, straining over the noise of machinery.

‘Of course not,’ said Godfrey or Pablo.

‘Then why are we here?’ Neither replied. He guessed it was a stupid thing to say, in a job as simple as this. But no job is really simple – things had begun to trouble him.

The exhibition ‘One unit and the next’ includes paintings of inconsequential and mass-produced objects that have been offered for sale online. The objects, a series of reusable plastic moulds for domestic use, produce endless versions of the same thing. The images selected have had all the sophistication of online marketing removed and are presented in the most economical of ways. As a result they appear as reassuringly standard and familiar forms suspended between two states, the professional and the provisional, as though the objects themselves are waiting to be re-­circulated and re-­assigned a new use.

Alongside the paintings Poots also commissions writers to respond to the same uploaded source imagery. For ANDOR the artist has invited writer Nick Hunt and poet Jack Underwood. The title of the show ‘One unit and the next’, is from Nick Hunt’s short story Jelly What.