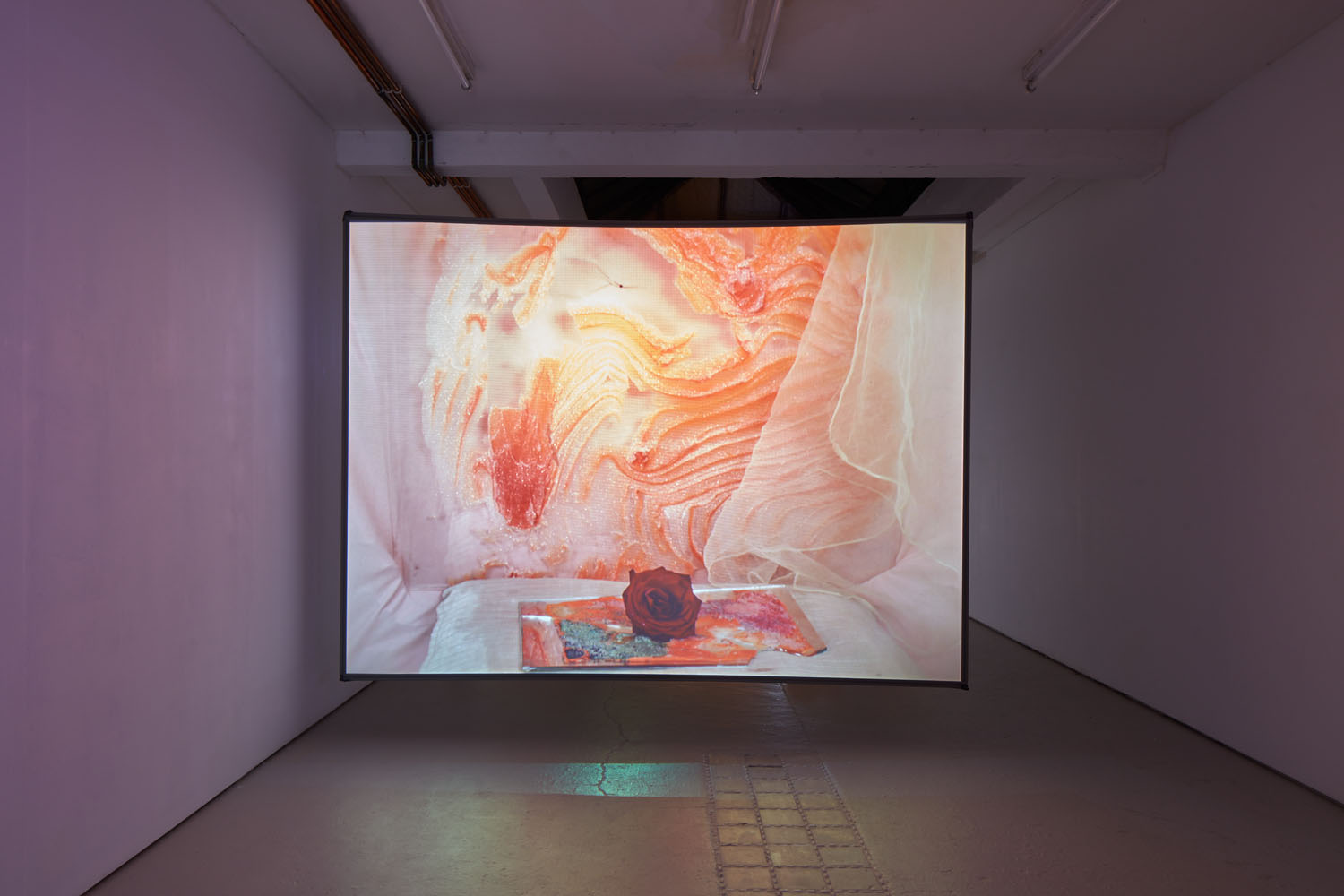 Georgieva presents a new multi-channel video installation at ANDOR including performative ‘to-camera’ character studies, karaoke, and videos inspired by the structures of showbiz, advertising and female global superstardom. Behind the screens at the rear of the gallery an impromptu sculptural installation offers a potential backdrop for live performance. Incorporating combinations of textiles and sculptural casts, it mimics the low-fi assemblages and film sets created by the artist in her studio. The exhibition shifts, in much the same way as Georgieva’s exploratory and revelatory video works, between rehearsal and live-event, revealing moments that capture the promise of empowerment, constructed and filtered through multifarious layers of digital appropriation and mainstream manipulation. In these forms of artistic production, in both their critique and entertainment value, we are fed back loops of nostalgia, desire and aspiration; exposing new characters to the fallacies and myths of originality.