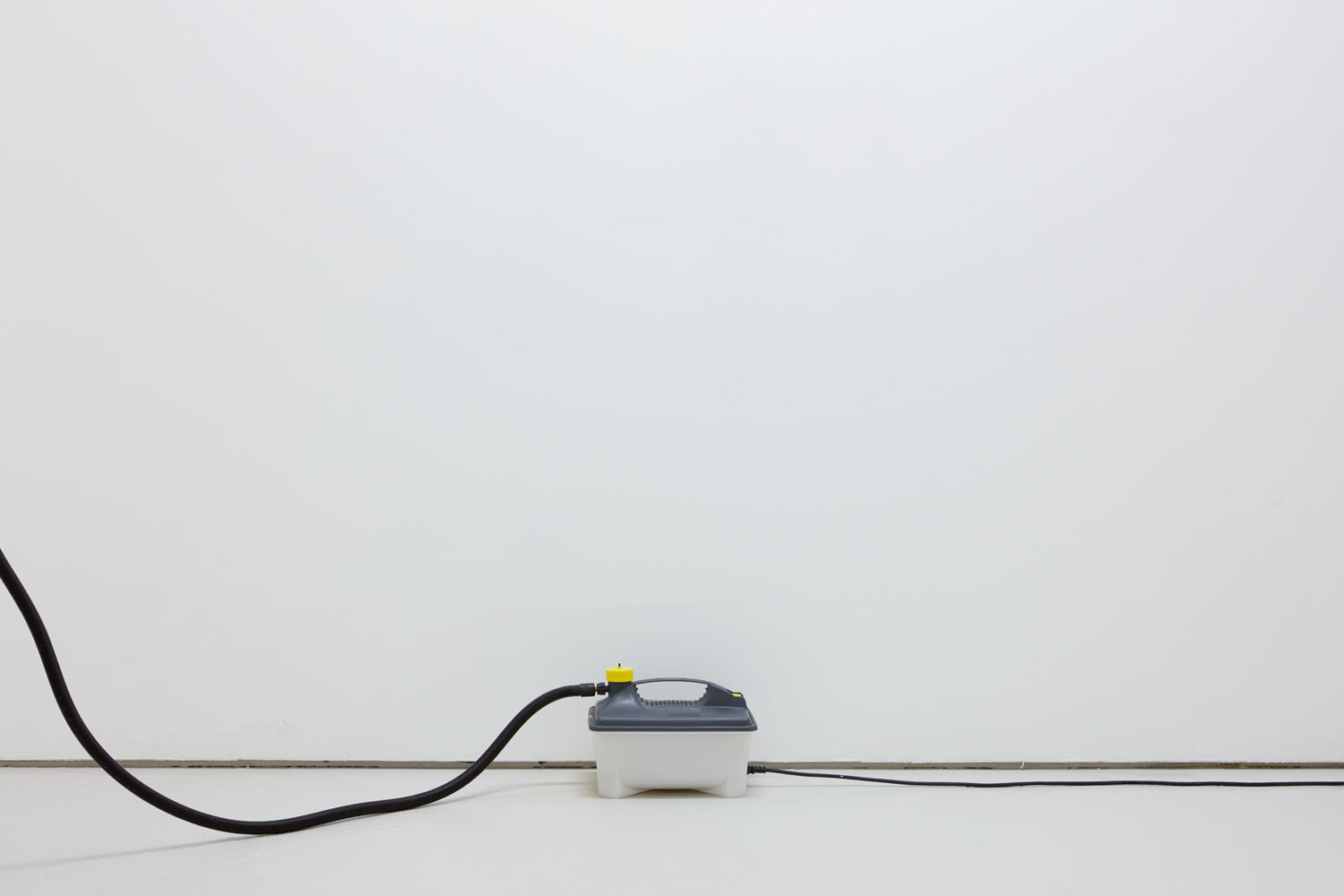 Felix Melia’s film Shoulder Blades (2016) addresses the conditions of desire and autonomy, cohesion and coherence inside of contemporary relationships. By examining the dominant narratives surrounding romance the film negotiates the process of developing intimacy whilst maintaining agency and explores the pliable significances of the body within a prescriptive and aggressively binary cultural milieu.

Melia has extracted some of the themes, structural elements and the spatial and physical dynamics from the film to create a contingent space within the gallery.

In constructing an environment that is framed both architecturally and aromatically Melia explores the impact of corporatised, hegemonic spatial narratives on the agency of individuals, on their ability to move, occupy and interrelate. The atmosphere created by eucalyptus vapour – through an up scaled translation of the practices of inhalation and aromatherapy, which benefit the respiratory system, as well as soothing aches and pains – is both therapeutic and aggressive. It conditions the space and the bodies of those who occupy it.

London-based artist Felix Melia’s recent works include Waifs and Wraiths (Along The Westway), a live screening/performance presented at the Serpentine’s 89plus Marathon, 2013; Place of Dead Roads with Josh Bitelli (screened at the Cinema Palace, Marrakech, 2014) and Moving Sickness which was screened and performed at the Peckhamplex Cinema with Flat Time House, (2015). Melia’s work was presented in the Biennale of Moving Images at Centre d’Art Contemporain, Geneva and The Museum of Old and New Art, Tasmania (2014). His solo projects include All in a Clearing at LimaZulu, London, (2015) and Ozu’s Arsehole at Interstate Projects, New York, (2016). Recent Group shows include HUAK-TUH! at Organ Haus Gallery, Chongqing (2013); CO-WORKERS at Musee d’Art Moderne, Paris (2015); Survival is Not Enough, Rodeo Gallery, Istanbul (2015); This Place is Really Nowhere, Jupiter Woods, London (2015); Filter Bubble at Luma Westbau, Zurich (2015); Les Limbes at La Galerie, Noisy Le Sec (2016). Melia is currently Writer in Residence at Whitechapel Gallery, London. Shoulder Blades was first shown at the Hackney Picture House for the Serpentine Cinema series, (2016).