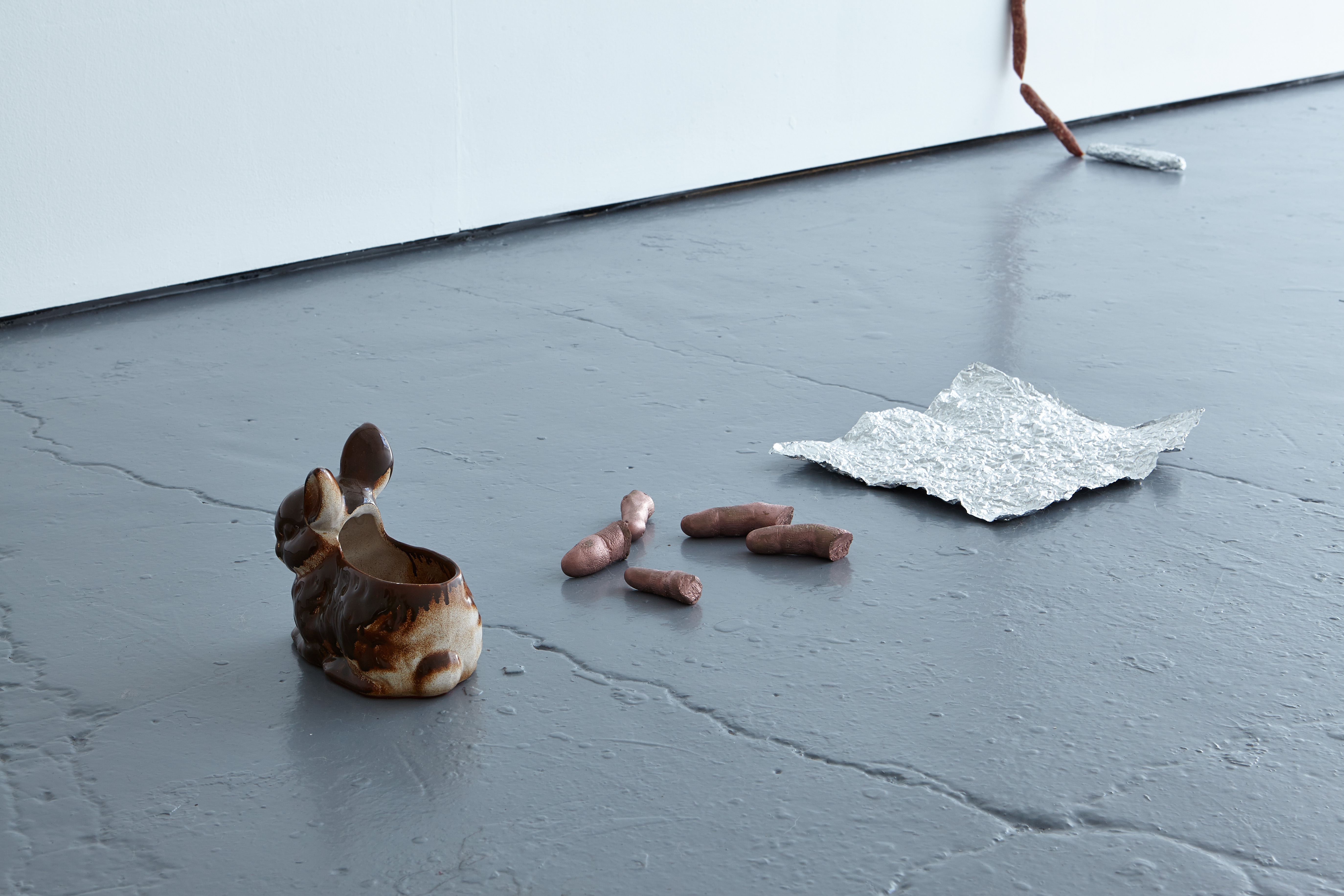 THEFIRSTTIMEYOUSAWME is Herman Van Ingelgem’s second exhibition at ANDOR following Almost Here in 2011. Despite appearing incidental in their construction and display, Van Ingelgem’s artworks create relationships between artistic actions and personal encounters. Each object’s situation and placement infers alternative meanings, creating statements that linger like memories of an autobiographical event, occupying and encountering territories that contrast and interfere with an object’s purely material function. Through the intimacy of juxtaposing objects, a garden chair and a football, a rubbish bin and ball of aluminium foil, a sheet of plastic and a Nike sports sock, Van Ingelgem creates artworks that extend and expose these events. With titles such as ‘Do not take this personally’, ‘Why still doubt?’ and ‘The Only Gold I Have Is Liquid’ the artworks form pieces of past conversations. Together they depict an overarching attitude concerning purpose and value, played out in the architecture of the gallery’s space.